Skip to content
Previous Next
Sauce Srafla by Vincent Bako

«This sauce, as sticky as okra, is very popular in my region and is eaten with Tô» 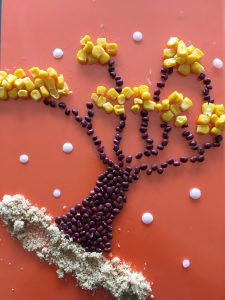 The story that will be told to you was delivered by Vincent, a Burkinabe in his thirties who is living  in France since 2012. This story begins with a legend, built as often, from real facts, sometimes romanticized, amplified or distorted by word of mouth, particularly in a very oral African culture. This cultural background often accompanies people who have left their country and then pass it on to next generations.

One day, the Gouin Turka ethnic group was attacked by a horde of enemies. Much lower in number, they had to flee. They ran with their wives and children, and everything they could take with them. The enemy was approaching, their fate seemed sealed! The village elders asked the Grand Baobab for protection. The tree then opened its heart and welcomed the Gouin Turka into it. He closed in on them and their enemies continued on their way, without noticing their presence. Since that day, the Gouin Turka no longer eat the leaves of the baobab tree, in gratitude to the tree that had saved their ancestors.

Then Vincent continues to tell us: 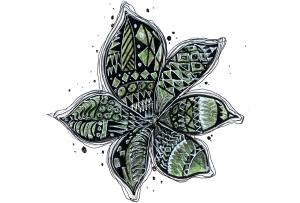 Cheick, my cousin, is a Gouin Turka. During our studies, we were roommates in Bobo-Dioulasso, one of the largest cities in the country where I grew up. His family had warned him about the consumption of this food.

We didn’t have a lot of money and I and my friends didn’t believe in this legend. Under these circumstances, he ended up eating baobab leaves. He had a violent reaction, his skin started to dry, while producing pus. I don’t know the French word for that, we call it kaba. Once in the hospital, the confused doctors spoke of a food allergy.

At the same time, in the village of Cheick, they had the intuition that something was wrong and they warned his father that he was in danger. He jumped on his moped to join his son. When he got to Cheick and was informed of his condition, he got mad at us. He believed that his son has put his life in danger because he had eaten the leaves. This has been confirmed since, a few weeks after having stopped eating them, my cousin was fully recovered.

Having noted the doctors’ difficulty in establishing a diagnosis, Vincent seems to suggest another reading, where the individual is to be considered with his history. More broadly, he testifies to the disappearance of traditional beliefs denigrated by religious education and the advent of modernity in the urban areas of Burkina Faso.